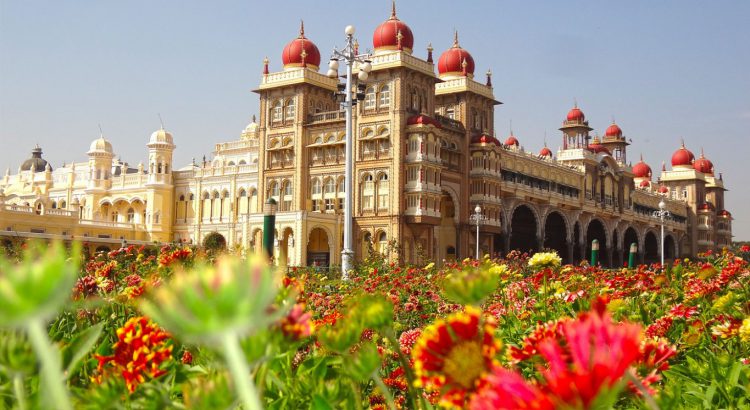 Mysore, previously known as Mysuru, is the third largest and second most populated city of Karnataka. Situated right at the foot of Chamundi Hills, Mysore was once the capital of the Kingdom of Mysore. The rich cultural environment of Mysore has earned it the moniker of Cultural Capital of Karnataka.

Mysore Dasara is celebrated with great pomp and grandeur for ten days and people from every corner of the globe visit this city during the festival. There are some notable heritage structures in Mysore like the famous Mysore Palace and the Jaganmohana Palace. Other significant tourist spots in Mysore include Somanthapura, Karanji Lake & Park, Chamundi Hill, Brindavan Garden and Rail Museum.

Mysore is also famed for its exceptional quality of Mysore Silk and a unique tradition of painting known as Mysore Painting. This city offers quite a few mouthwatering delicacies like the Mysore Pak and Mysore Masala Dosa. Read more about Mysore

Dussehra in Mysore is a sight one would remember for a long time even after leaving the place. It is believed that the presiding deity of the city has the power to conquer evil forces and this has led the citizens to celebrate the festival with much gaiety and fervor.

During the month of October and November, for ten days the Dussehra festival is celebrated and the city is at its colorful best with music and dance, Sports, Literary competitions, fairs and exhibitions all over. All this culminates in the Dussehra procession and a torchlight parade on the tenth day.

The weather in Mysore is pleasant throughout the year. The summers are warm and winters cool. April is the hottest month with the daily temperatures varying between 21°C and 34°C while in December, the coldest month here, the temperatures ranges from 16°C to 27°C. The average annual rainfall in the district is 761.9 mm. One can visit the city any time of the year but it is advisable to avoid the rainy seasons.

If you’re still looking for the right destination for the coming weekend, this virtual tour of popular tourist places in Mysore is going to close it in just one read. A Mysore tourist places map with distance will be really helpful to chart the places you can visit in a day or two!